The Little Owner Who Thought He Could… 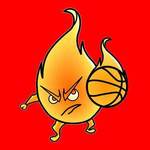 “I think I can, I think I can, I think I can…”. No, the new GM of the New York Firestorm is not the Little Engine That Could, but their GM has adopted this ever popular and fondly remembered motto. GM Smith fought the urge of joining the WBA for quite some time, as we was concerned on whether or not he could invest adequate time into two separate leagues. However, the NABL is on a current hiatus, making the timing right for diving into a new league and new challenge. In looking over his potential options (teams that were needing a GM), Smith chose the Firestorm. Smith he welcomed the challenge of getting this team out of its massive salary cap purgatory and making them a contender once again.

GM Smith has experienced mild success in the NABL, winning one championship (the inaugural) and only missing the playoffs twice in fourteen seasons. His Miami Tropics are looking formidable for the foreseeable future with a young core in Harold Lorenzo and Gavin Sherman. However, that is neither here, nor there. This is the WBA and the Firestorm we are supposed to be talking about. GM Smith was also attracted to the Firestorm for one big reason, Neville Donner. The young seven footer has flashed potential and the Firestorm were hoping that he would take the leap this season. Unfortunately, Smith may have to admit he misjudged Donner as Donner has not grown into the player the Firestorm faithful had hoped.

One thing GM Smith is known for (both good and bad) is for always being ready to wheel and deal. The first trade this new GM made was to ship off PF Chad Nolan. Nolan was deemed dispensable mainly due to his massive contract and his disappointing production. Crafty and savvy GM Morfeld saw something in Nolan that Smith didn’t, and Nolan has performed admirably for the Gamblers this season. Smith also dealt a future first in order to move Nolan and his massive contract and received Alexej Peska and Charles Fisher in the deal. Fisher has played well, but Peska has suffered a broken leg and is rumored to be heading off in another trade.

The second deal that Smith made was moving his star point guard, Shemar Mahara in a trade to the Burning Hell. The return was great in that Smith received Coomas Neetar, Friedrich Egg, and two future 1st round picks. Mahara has shined with the Burning Hell as their starting point guard and sports an insane 4.54 AST/TO ratio for the 16-5 1st place team. Neetar has scored at a career clip this season for the Firestorm, which isn’t surprising due to the lack of scoring options on the current roster. Rumblings are that both Neetar and Egg may be on their way out which makes it extremely difficult to gauge this trade at this juncture.

The last big deal that Smith made was acquiring Ajan Estay from the Arizona Dragons. The price was hefty in that the Firestorm sent three players and a future first round pick. Two of the three players shipped off have been starters for the young and struggling Dragons team. Estay has been nothing short of brilliant for the Firestorm and GM Smith is hoping (and praying) that Estay will decide he wants to resign with the Firestorm or that at a minimum, the Firestorm having Estay’s Bird rights will ensure that he stays with the team for the rest of his career. Estay’s value was felt when he went down with an injury and the Firestorm struggled mightily in his absence. They are hopeful that having him back in the fold and fully healthy allows them to challenge for a playoff spot.

The Firestorm currently sit at 10-11 and would be an 8th seed in the playoffs. The East division is of course loaded with the Rage and Massacre and is respectable from top to bottom. Thus far, although early, the Firestorm are a respectable 2-1 within the division, but were absolutely blown out of the water in their matchup with the Rage losing 143-96… Since Estay’s return from the injured list, the Firestorm have managed to put together a current three game winning streak including an impressive (and probably surprising) win over the Giants. The Firestorm loving playing in Madison Square Garden and are currently 6-2 at home, but are only 4-9 on the road. Thankfully the rematch on December 20th with the Rage is at MSG, so hopefully the final deficit can be less than 47 points…

So where does this team go from here? The hope is up… Smith wants to get younger, while still improving the overall talent of the team, and wants to continue to work on getting this team out of salary cap purgatory. By righting the salary cap situation, it is GM Smith’s hope that superstar Free Agents will consider New York as their next destination. Ultimately, time will tell, and we will continue to utter the motto as we keep climbing the hill… “I think I can, I think I can, I think I can…”.

What is a NABL?